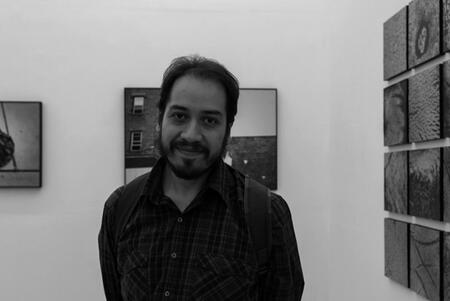 Independent curator and art critic, graduated from ECA-USP (School of Communications and Arts in the University of São Paulo). In 2018, he signed the curatorial section dedicated to Brazil at Pinta fair (Miami, USA). In the ArtLima Fair 2017 (Peru), he signed as the curator for the special section CAP Brazil, titled Sul-Sur, and wrote the critical text for Territórios Forjados (Sketch Gallery, 2016), in Bogotá (Colombia). Gioia was an invited critic from 2013 to 2015 for the Exhibitions Program at CCSP (Centro Cultural São Paulo), and in the same institution was a part of the group of critics of the Photography Program 2012. In 2015, he was the curator of Ter lugar para ser at CCSP, a collective exhibition with 12 artists about the relation between architecture and the visual arts. From 2011, was part of a group of critics from Paço das Artes, institution in which he performed critical mentoring for the projects Luz Vermelha (2015) by Fabio Flaks, Black Market (2012) by Paulo Almeida, and A Riscar (2011) by Daniela Seixas.  In 2019 started the project Perímetros at the Adelina Instituto, in São Paulo, dedicated to artists who had not had solo exhibitions in the city, which carried out exhibitions by João Trevisan (DF), Lara Viana (BA), Claudia Hamerski (RS), Dirnei Prates (RS) and Larissa Camnev (Campinas, SP).