Under the curatorship of Florencia Portocarrero, Next proposes the visualization of six emerging galleries with regard to the contemporary scene of their regions.

NEXT renews the conventional model of participation in Pinta Miami, adopting a curatorial structure based on dialogue and collaboration between the galleries and, by extension, between the artists they represent. Combining rigor with artistic experimentation, the projects were invited to participate in the section – by invitation only – to work in pairs on curating and designing the space. As a result, in five booths, NEXT brings together ten galleries and twelve artists from cities as diverse in the region as Buenos Aires, Caracas, Cusco, Guayaquil, Lima, Rosario, Salta and Santiago de Chile.

Swimming against the current of a constantly accelerating art market, NEXT joins the effort to promote alternative ways – collective and collaborative – of giving visibility to the work of small and medium-scale galleries, with artists and programs that are mostly emerging, but whose strength and vitality are essential to revitalize the international art scene. By facilitating reciprocity, the exchange of contacts and the equitable distribution of risks and costs, NEXT positions itself both as a platform from which galleries can make their artists known and expand their audiences and markets, as well as build an organized community around affective alliances and mutual care. 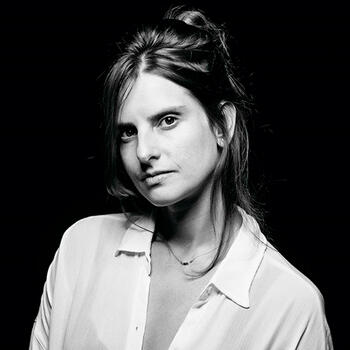 Florencia writes, gives conferences and organizes both exhibitions and public programs. Her research interests focus on the rewriting of Art the History from a feminist perspective and the questioning of hegemonic forms of knowledge. Between 2008 and 2010, she completed a Master's degree in Theoretical Studies in Psychoanalysis at the Pontifical Catholic University of Peru. Later, from 2012 to 2013, she participated in the "Appel Arts Center" curatorial program in Amsterdam and in 2015 she completed a second Master's degree in Theory of Contemporary Art at the University of Goldsmiths in London. She has participated in several conferences internationally and her writings about art and culture appear regularly in specialized journals such as Atlantic Journal, Artishock and Earthquake. In 2017/2018 she received the Curating Connections Scholarship awarded by the DAAD Artists-In-Berlin Program and the Kfw Stiftung. In Lima, she worked as a curator of the Public Project Program (2015-2020), was an advisor to the Acquisitions Committee of the MALI - Lima Art Museum (2018-2020) and is co-founder of Bisagra, where she organizes the experimental educational project "Shared Destinations and Omens Program". Recent curatorships include: "As it heals, as it lifts, as it flowers" (2021), Louidgi Beltrame's solo show at Mac Lima, and "Ser Pallay", textile installation by artists María Jose Murillo, Verovcha and artists Tejedorxs del Cuzco in the gallery Vigil Gonzales in Urubamba, Cuzco