As the Pinta Art Fair continues to consolidate as one of the most important of the hemisphere, drawing connections between artists, curators, institutions and collectors throughout the Americas, it is also evolving its critical programming. As part of this evolution, I have been invited, along with seven other curators, to help conceptualize this year’s version. Each of us had been asked to organize a section of the fair. I’ve decided to focus on Miami galleries in an effort to shed light on how they have developed a particular tendency to present important canonical artists alongside their emerging counterparts on equal footing, establishing unexpected transgenerational dialogues. While in other cities markets and exhibitions programs are often tiered and historical figures are rarely seen next to young artists, in Miami this happens surprisingly often. The city is not only a crossroad of cultures, but of different historical time periods. Titled “Intersections,” my section aims to present curated two-person exhibitions (booths) by a half dozen local galleries. 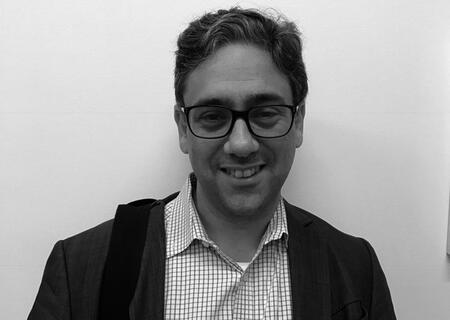 Gean Moreno is Director of the Knight Foundation Art + Research Center at ICA Miami, and part of the institution’s curatorial team. He has organized exhibitions dedicated to the work of Hélio Oiticica, Terry Adkins, Shuvanai Ashoona, Ettore Sottsass, and others. Moreno is also co-director of [NAME] Publications and the “Migrant Archives” initiative. He has contributed texts to various catalogues and publications, including e-flux journal, Kaleidoscope, and Art in America. He was on the Advisory Board of the 2017 Whitney Biennial and the 2018 Creative Time Summit. He edited Real Abstraction and Contemporary Art, an anthology that Verso released in 2019.