Under the curatorship of Florencia Portocarrero, “Seccion Next” proposes the visualization of six emerging galleries with regard to the contemporary scene of their regions. 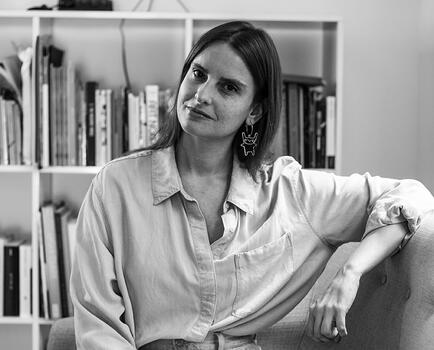 Florencia Portocarrero (Lima, 1981) writes, lectures, teaches and organizes both exhibitions and public programs. Her research interests are focused on how to rewrite art history from a feminist perspective and the questioning of hegemonic forms of knowledge. Between 2008 and 2010, she completed a master's degree in Theoretical Studies in Psychoanalysis at the Pontifical Catholic University of Peru. Later, from 2012 to 2013, Portocarrero participated in the Curatorial Program of the Appel Arts Centre in Amsterdam, and in 2015 she completed a second master's degree in Contemporary Art Theory at Goldsmiths University in London. She has participated in several international conferences and her writings on art and culture appear regularly in specialized magazines such as Atlántica Journal, Artishock and Terremoto. In 2017/2018 Portocarrero received the Curating Connections scholarship, awarded by the DAAD Artists-in-Berlin Program and the KfW Stiftung. In Lima, she has worked as a Public Program Curator at Proyecto AMIL (2015-2019), was a Curatorial Advisor of the Museo de Arte de Lima–MALI Contemporary Art Acquisitions Committee (2018-2020) and is a member of Bisagra, one of the few art collectives in the city.